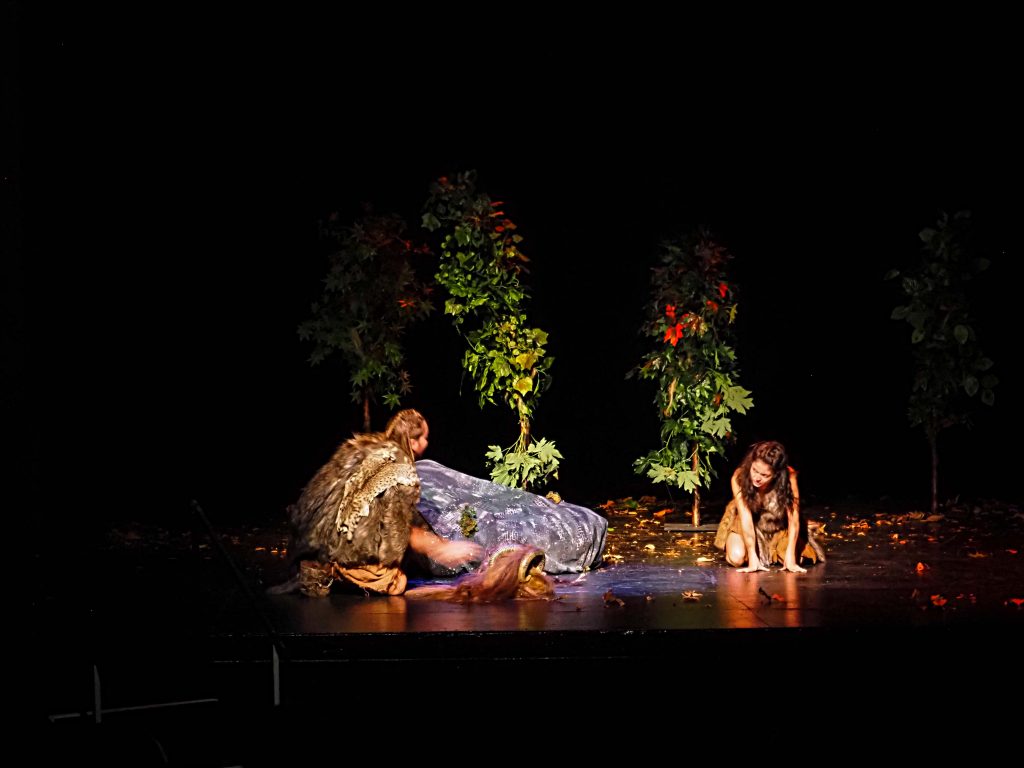 For a lively week September 12-18, 2022, the third LA Escena Festival of Hispanic Classical
Theater brought together academics, actors, dramaturgs, and playwrights from around the world
to celebrate the ongoing legacy of 17th century comedia.

The event kicked off with an online staged reading, from New York’s Red Bull Theater of Lope
de Vega’s The Capulets and Montagues, a play based on the same source text as
Shakespeare’s classic tragedy.

The festivities continued at UCLA over the weekend, beginning on Thursday and Friday with a
conference on &quot;Comedia Practices,&quot; co-organized by Marta Albalá Pelegrín of Cal Poly Pomona
and Esther Fernández of Rice University, that brought together scholars, theater artists, and
enthusiasts. Members of Diversifying the Classics took the opportunity to share their work with
the invited speakers and panelists. Laura Muñoz spoke about her experience as dramaturg for a
contemporary adaptation of Lope de Vega’s El perro del hortelano, while Javier Patiño Loira
chaired a panel on translation and adaptation of classical theater for the modern stage.
Embracing the spirit of experimental approaches to comedia, Sarah Grunnah shared her short
film of Sor Juana’s Love is the Greater Labyrinth, based on Diversifying the Classics&#39;s
translation of the play.

On Friday evening, festival goers were treated to two staged readings as part of our popular
Golden Tongues initiative, an ongoing collaboration with Los Angeles-based playwrights to
produce modern adaptations of classical comedia. Amanda L Andrei’s Your Home in Me As I In
You, based on Lope de Vega’s El animal de Hungría, offered a stirring meditation on familial,
platonic, and romantic love set in an apocalyptic Southern California. It was followed by Forces
of Nature, an adaptation by Dave Dalton of DTC&#39;s translation of Guillén de Castro’s La fuerza
de la costumbre, The Force of Habit, a rambunctious play that toys with gendered norms and
heterosexual conventions.

Saturday featured two more staged readings from our Golden Tongues playwrights, including
June Carryl’s powerful Florence and Normandie, a play that reimagines Calderon de la Barca’s
To Love Beyond Death as set in a 1992 Los Angeles rife with racial tension. The day continued
with Lina Patel’s lively and warm Traces of Desire, based on Lope de Vega’s The Widow of
Valencia, and culminated with a full production of Miguel de Cervantes’ Numancia by the
Spanish theater company Nao d’Amores.

On Sunday, LA Escena presented a family- friendly puppet show by the bilingual troupe
Dragoncillo. Members Brenda Saraí Jaramillo and Robin Kello helped voice and manipulate
shadow puppets for an audience of young theater-goers and their adults. After the puppet show,
our audiences were treated to a musical performance by the UCLA Early Music Ensemble, with
DTC member Rachel Kaufman demonstrating her considerable skills as soprano. The weekend
culminated in a full production of Lope de Vega’s El animal de Hungría, performed by the
Spanish theater company Állatok.