Diversifying the Classics in London: Translation and the Comedy of the Comedia

Diversifying the Classics in London: Translation and the Comedy of the Comedia 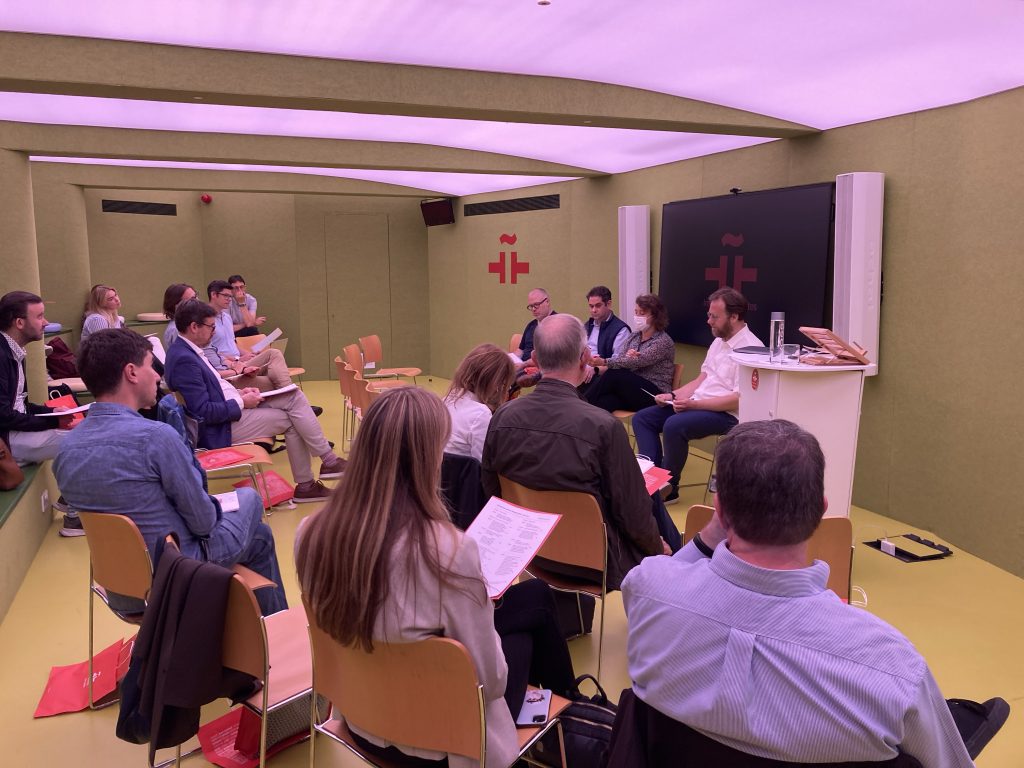 While in London for a series of events in exploration and celebration of the tradition of Hispanic comedia, members of the Diversifying the Classics project took part in the conference “Diversifying in London: Humour and Comedy of the comedia in the 21st Century.” Organized by Alexander Samson of University College London and John Beusterien of Texas Tech and hosted by the Instituto Cervantes, the event took place on June 28, 2022.

Barbara Fuchs, director of Diversifying the Classics, discussed the comic sidekick figure of the gracioso in Ana Caro’s The Courage to Right a Woman’s Wrongs, an award-winning recent translation by the UCLA Working Group on the Comedia in Translation and Performance. As part of a special panel on the comic interlude form of the entremés, Saraí Jaramillo and Aina Soley addressed their recent translation of Quevedo’s El marión, and Laura Muñoz and Rhoda Sharrah shared their experience rendering the bawdy comedy of Calderón’s La casa holgona into a modern English idiom. Expanding on the theme of translation, Rachel Kaufman presented, in theory and in practice, her work on translating the sonnet form for the Diversifying the Classics comedia translations.

As part of a broader interest in bringing together theater artists and scholars, we capped off the day with a performance of Los mirones or The Gawkers, an entremés adapted by Carlota Gaviño of the Grumelot theater company. The wild, Brechtian work dramatized the sharper edge of comedy and did not fail to make the audience both laugh and squirm in their seats. Following the performance, Barbara Fuchs and Robin Kello of UCLA joined Gaviño and Will Tosh of Shakespeare’s Globe to discuss the disturbing and memorable show.

An exhilarating day of inquiry, performance, and conversation, the conference explored both new paths in critical work on this dramatic tradition and the rich possibilities of collaboration between educators, researchers, and theater-makers. As with the other events on the London itinerary of Diversifying the Classics, it was also a reminder of what an exciting time it is to be working in the field of comedia.